Reflexology Therapy uses the feet as a map of the Body. All of our Body System’s and Nerves are stimulated by using this relaxing pressure point treatment on the feet. Using precise hand and finger techniques and applying pressure to the feet to reduce stress on the body’s organs, glands, and other body parts and systems. You improve circulation, induce relaxation and remove blockages and toxins to enable homeostasis of the body. This encourages the person’s own natural healing to be activated to heal the body & maintain wellbeing.

Who can benefit from Reflexology Therapy?

Reflexology is suitable for all ages and can bring relief from a wide range of acute and chronic conditions. It is advised to do a course of Reflexology treatments to treat a specific condition and many Clients find it beneficial to continue with regular treatments in order to maintain Health and Well-Being.

*Many people use Reflexology Therapy as a way of relaxing the mind and body and reducing stress. It is also used by many doctors, consultants and other health care professionals as Reflexology is recognized as a well established, respected and effective therapy.*

*A List of some of the Illnesses & Diseases that benefit using Reflexology*:

Reflexology and What to Expect:

*The treatment will last approx 1 hour and if getting a more detailed “Reading of the Feet” done it will be 1 hr 15 mins.*

Reflexology is a safe and relaxing treatment for both Mother and Baby during pregnancy, labour and post pregnancy.

Reflexology dates as far back as 2330BC in Egypt. It was also practised by American-Indians, Chinese and other Asian countries and by African tribes for hundreds of years.

Dr William Fitzgerald, an American Ear Nose and Throat surgeon developed the theory of the link between reflex zones in the feet and hands with corresponding areas and organs of the body. He introduced reflexology to the West around 1913.

Dr Fitzgerald discovered that some of his patients were producing an anesthetic-type effect on certain parts of their bodies by applying pressure to other parts of their feet. This enabled him to perform some minor surgical operations without the aid of an anesthetic. He divided the body into ten vertical zones – five on each side of the body, and found that there was an energy link between parts of the body found on the same zone.

A Physiotherapist Eunice Ingham also known as “The Mother of Reflexology” went on to refine and develop zone therapy. She found that by applying pressure to certain areas of the feet she could not only reduce pain but treat a whole range of other ailments too. Reflexology arrived in Europe in the 1960’s and in Ireland in the 1980’s. 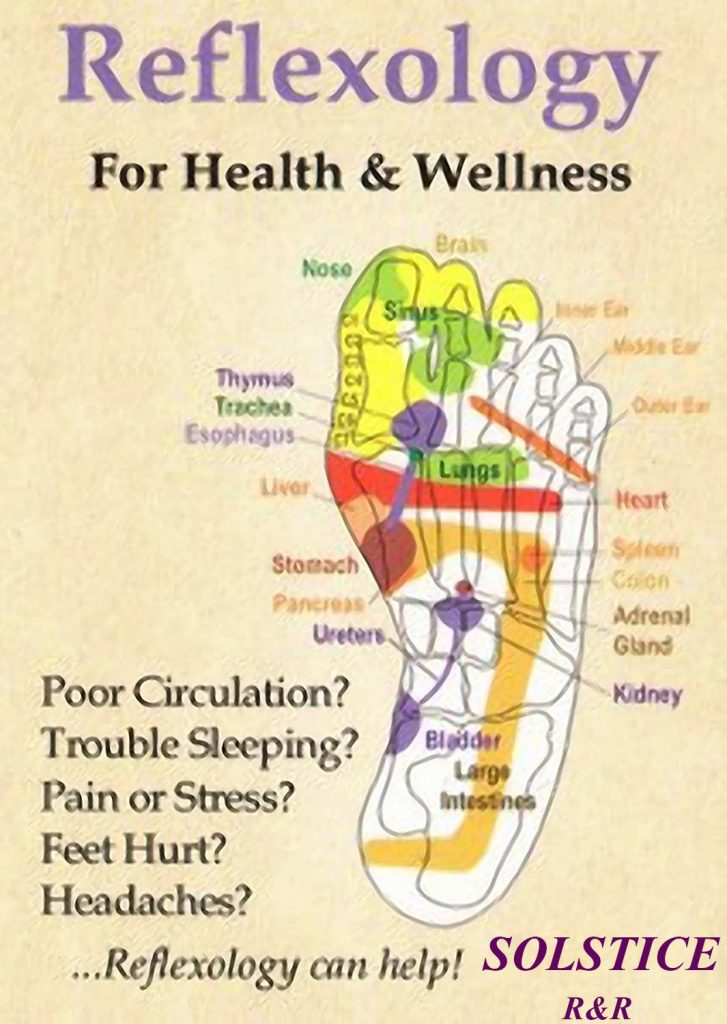