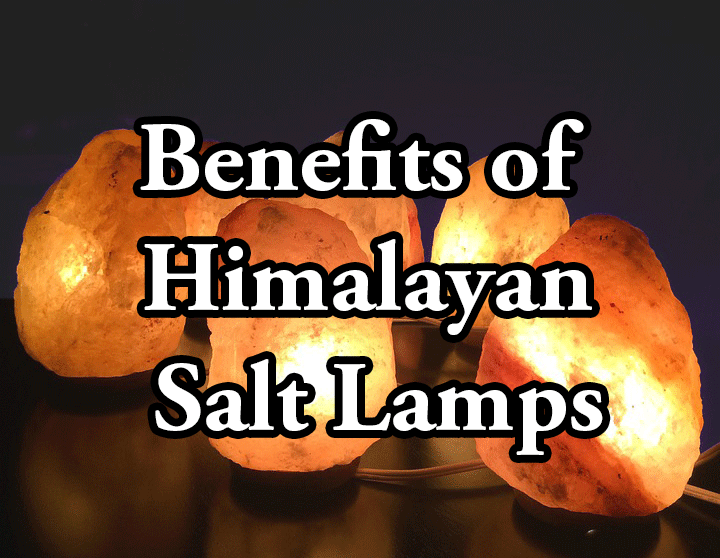 What are Himalayan Salt Lamps?

Himalayan Salt is rock salt or halite from the Punjab region of Pakistan.

They are called Salt Lamps or Salt Rock Lamps and they’re actually made from pink Himalayan salt.

What is a Himalayan Salt Lamp and Does It Work?

Real Himalayan salt lamps are actually solid blocks of Himalayan salt that have been hand-carved. It is found deep underground in the mines in Khewra, Pakistan, located on the western edge of the Himalayan Mountains.

The color of Himalayan salt lamps ranges from a light pink to a pinkish orange, with the hue a result of the mineral concentration. Within the hollowed-out center of this block of salt is a light bulb that emits both light and heat. A salt lamp is not a lamp at all if it doesn’t have the light and heat source within it. Without that, it’s just a block of salt. They are able to light your surroundings, but they’re really not just bought for their calming lighting abilities.

Himalayan salt lamps do much more than provide you with a pretty glow. Himalayan salt lamp benefits may also decrease air pollution, electrosmog caused by electronic devices, reduce symptoms for people suffering from Asthma, Allergies and other Illnesses. When lit, the lamp emits negative ions that fight against positively charged particles that cause you to feel stuffy and sluggish.

Everything which surrounds us emits Ions, either positive or negative, and we can feel the effects. For instance, we all feel rejuvenated, energized, and positive when we spend some time outdoors.

This is due to the absence of positive ions, emitted by the technological devices we use on a daily basis, such as laptops, TVs and cell phones.

The Himalayan salt can reduce anxiety and promote happiness and well-being.

Why are negative ions so great? You can’t taste, smell or see them, but they’re some impressive molecules.

Nature is constantly producing negative ions to combat the pollution in the air. This is why the air feels pure and fresh at the seashore, around waterfalls and after a storm. This is due to water producing a huge amount of negative ions, lightening also produces a high concentration of negative ions, which purifies the air and makes it so invigorating. 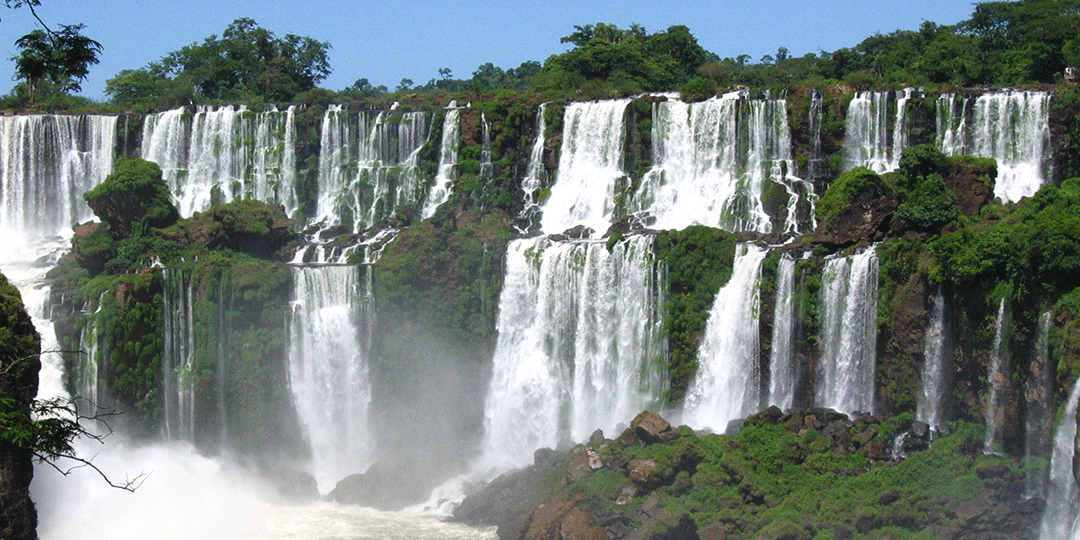 Himalayan salt lamps emit negative ions, which counter acts the positive ones which surround us and cause various health issues. The bigger the lamp is, the more negative ions it counters. Therefore, choose a larger one, and enrich the atmosphere in your home.

They Purify Air: The negative ions neutralize the positive ions in the air, as well as the radioactive waves emitted by the electrical devices. Furthermore, these lamps destroy all kinds of bacteria around us and prevent airborne toxicities.

They Provide Energy: The negative ions elevate the levels of oxygen flow to the brain, and thus make you more alert and energetic while fighting lethargy and fatigue.

They Support Health: The negative ions promote heath, balance the water in the body, regulate pH levels, and strengthen the bones. The Himalayan salt rock has 84 trace essential minerals needed for our well-being.

They Improve Sleep: You should place the lamp in the bedroom, as it will enrich the atmosphere, provide proper rest, boost the energy levels and make you wake up feeling fresh and healthy.

Just looking at the glow of a Himalayan salt lamp can be calming, which is very therapeutic in itself, but what about the other health claims? There is good reason to believe that real Himalayan salt lamps may provide some health benefits given the other salt research out there as well as many encouraging user testimonies.

According to the Lung Institute, salt (in general) has the following health properties:

Out of all of the possible Himalayan salt lamp benefits, air purification is often the goal for most buyers. Air-purifying house plants are often bought for this reason as well. There is no doubt that cleaner air in your home is better for your health.

As I described earlier, a Himalayan salt lamp by its salty nature is able to easily attract water vapor to it. With this water vapor often comes indoor air pollutants, including allergens, mold and bacteria. When the water hits the heated lamp, the salt traps the pollutants but releases the water vapor. This cycle repeats while the lamp is on and warm. By removing pollutants from the air, the salt lamp leaves you with cleaner and healthier air.

So many things around us nowadays release electromagnetic radiation in the form of unhealthy positive ions – things like your cell phone, computer and television, just to name a few. This electromagnetic radiation (EM), aka electrosmog, may be invisible but is believed to cause some serious long-term effects. Constant exposure to EM radiation is known primarily to cause fatigue, increase stress and weaken the immune system.

There have been more than 2,000 studies exposing the toxic effects of electromagnetic fields from all sources. Scientists have come to the conclusion that “chronic exposure to even low-level radiation (like that from cell phones) can cause a variety of Cancers, Impair Immunity, and contribute to Alzheimer’s Disease and Dementia, Heart Disease, and many other ailments”.

We all need to increase exposure to negative ions and a great way to do this, is to spend more time in nature, especially around water.

Himalayan salt is now used in inhalers to bring relief to asthma and allergy sufferers. Salt therapy is also used to treat Chronic Obstructive Pulmonary Disease (COPD) patients. COPD is a debilitating and degenerative Lung Disease characterized by the restriction of airflow in and out of the lungs. According to the Lung Institute, “Some people have found salt therapy to be an effective option for relieving symptoms of Lung Disease, resulting in easier breathing.”

Another possible health benefit of the Himalayan salt lamp is a reduction in anxiety symptoms. According to color therapy as well as general human enjoyment, the warm pinkish to orange glow of the salt lamp is a calming and happy presence in a room. Additionally, as a real piece of nature, Himalayan salt gives off negative ions like a waterfall (but in much smaller amounts). Since Himalayan salt lamps release negative ions into the air, they can help reduce anxiety and also encourage a relaxing atmosphere for sleep. Many people like to keep salt lamps in their bedrooms for their calming effect.

Why Himalayan Salt Is Good for You?

As a pink salt, Himalayan salt is rich in iron, calcium, potassium, magnesium and copper. All these nutrients are actually what give Himalayan salt its pretty pink color.

When ingested, real Himalayan salt is said to:

How to Tell a Real vs. Fake Himalayan Salt Lamp

When it comes to buying Himalayan pink salt lamps, take into consideration the size of the room in which you wish to use your lamp. The coverage of a salt lamp is determined by the size of the salt crystal. For the average-sized bedroom, a smaller lamp is usually adequate, but if you’re looking to use it in a larger area like your living room, you want to go bigger.

If needed, you can always use multiple salt lamps spread out in a single room.

Top signs that your Himalayan salt lamp may be fake include:

1. No Mention of Pakistan

Deep underground mines in Khewra, Pakistan, are the only source of true Himalayan pink salt. If you’re questioning whether you have a real Himalayan salt lamp, look for mention of Pakistan as the salt crystal’s country of origin.

2. Not Experiencing Any Benefits

If you’re sure that you bought the appropriately sized salt lamp for the space you’re using it in and you’ve also been exposed to it on a regular basis and don’t see any positive effects whatsoever, then you may not have a real Himalayan salt lamp.

Himalayan salt lamps are quite fragile. Once you own one, you definitely need to be careful not to drop it or bang it into other solid objects because the salt crystal can be damaged very easily. This is actually a rare time when durability is not desirable. If your salt lamp is unaffected by a collision, it could likely be an fake.

If all you’re looking for is a bright light source, a salt lamp is not the way to go. Due to its high content of numerous minerals, a Himalayan salt lamp gives off light in an irregular and muffled manner. A true salt lamp does not give off enough light to completely illuminate a room. If yours does, then it’s most likely not the real deal.

If you’re looking to make a Himalayan salt lamp the newest addition to your home or office, just make sure you get the real thing. If you buy a true Himalayan salt lamp and use it regularly, you may just notice easier breathing, a calmer demeanor and better sleep in your near future.

Hope you enjoyed reading this Article.